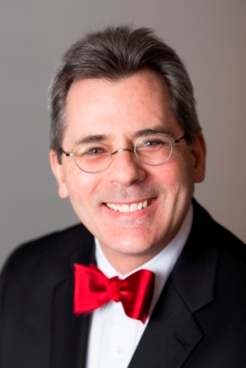 Today I’m beyond thrilled to introduce to y’all someone who has become a dear friend and mentor to me,  Jim Cangany.  Jim will be hosting the Facebook “FINAL COUNTDOWN AUTHOR TAKEOVER PARTY” on January 18th from 4:00 to 4:30 PM Central Time Zone.  I can tell you that Jim is NOT someone you want to miss!  He’s not only a gentleman in the truest sense of the word, but he’s also an awesome writer who somehow just seems to “get” women.  His newest novel, On the Rebound, is set for release on January 26th!  So take this opportunity to swing by the party and get to know a little bit about Jim.  I promise you’ll walk away a fan…if not a fan of his books, then most definitely a fan of the man himself!  (Can you tell that I absolutely adore Jim?)

For now, let me tell you a little bit about my friend.  Jim is kiddingly referred to as the “token man” at Penner Publishing.  Why?  Because Penner prides itself on publishing really good women’s fiction and, aside from Nicholas Sparks, you don’t find many men who do this and do it well.  Jim absolutely does this well, as any of his readers will attest.

So how does a man get into writing women’s fiction?  His bio explains it better than I could:

Jim Cangany was forty pages into his first manuscript when he realized it was a romance. He went with it and has great joy writing sweet, contemporary love stories. A lover of things that go fast, when Jim’s not writing, you can probably find him checking into the latest from IndyCar or pro bike racing. He lives in Indianapolis with his saint of a wife Nancy, his sons Seamus and Aidan, and the princess of the house, kitty cat Maria.

What’s not included in Jim’s bio is this (and I think it speaks to the gentle man that he is):   Jim started writing seriously not long after his wife, Nancy, was diagnosed with breast cancer — which she won!  Nancy is a cancer survivor of six years!  It was during this time, however, that he suddenly realized that the stories he was writing weren’t geared to men at all — they were romances!  He decided to just go with it and see where it would lead. After all, as Jim’s experience as a cancer caregiver taught him, it’s the importance of a  couple sticking together against trying circumstance that matter in life.
Since then, Jim has published two series of books:  The North Star Trilogy and The Irving University Series.  He clearly illustrates the success suggested in the old adage,  “Just follow where your characters lead.”

For the Takeover Party, Jim has gracious agreed to give away TWO FREE E-COPIES of his newest book, On the Rebound!  And trust me when I say y’all are gonna love this novel.  Check out the cover and synopsis:

Sabotaged by scandal, basketball coach Greg Miller can’t find work in the men’s division. Humble and defeated, he takes a job as an assistant coach for a women’s college team. Deciding that he’s going to make the best of it and clear his name of any wrongdoing, Greg sets out to make a difference and prove himself to everyone who doubted him.

But when circumstances arise and a valuable player needs some help, the coach begins working alongside elegant and determined academic advisor Ciara Monaghan. Soon, Greg finds he needs more than just a victory on the court.

Disgusted by his immoral reputation, Ciara steers clear of the basketball coach’s full court press. However, as they are forced together and the truth comes out, Ciara realizes there is more to Greg than she ever realized.

But with the season coming to an end and the clock running out, will one of them take the shot and finally change the game?

Take a moment to connect with Jim through social media, and make sure to swing by to meet him on January 18th from 4:00 to 4:30 PM.  The links are all included below!

Preorder On The Rebound

THE FINAL COUNTDOWN AUTHOR TAKEOVER PARTY
JANUARY 18, 2016
ONLY ON FACEBOOK!