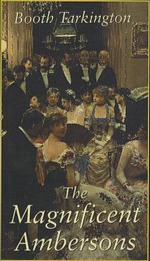 The Magnificent Ambersons by Booth Tarkington
★ ★ ★ ½

… the grandeur of the Amberson family was instantly conspicuous as a permanent thing: it was impossible to doubt that the Ambersons were entrenched, in their nobility and riches, behind polished and glittering barriers which were as solid as they were brilliant, and would last.

How do you enjoy a 300+ page book with a protagonist who is an arrogant, petulant, jackwad with no obviously redeeming qualities for the first 300 pages? Well, it’s tough. But if it’s as well told as The Magnificent Ambersons, it’s possible.

Sure, that’s a little bit of a spoiler — George Amberson Minafer does develop a couple of redeeming qualities in the last 30 pages or so. But you know what? The book is almost a century old, you’ve had plenty of time to read it if you’re worried about spoilers.

The plot is straightforward: At the dawn of the Industrial Revolution, an impossibly rich family produces an arrogant twit as the only heir. Unbeknownst to him, the economy is changing and the family is beginning to fall on hard times. Too proud to admit it, they continue living as if they have all the money in the world. Meanwhile, the twit falls for a girl who’s humble, kind, and wise. For some inexplicable reason, she falls for him, too. Things happen, they don’t get together and the bottom falls out on the Ambersons. There’s family drama, too — between the financial crisis, health problems, love, old flames, and scandal, there’s plenty to entertain a reader (if they can put up with younger George).

Most of the characters are pretty thin — there are exceptions (George’s mother, aunt and non-ambassador uncle, are the best) — but even the developed ones aren’t as fleshed out as we would have them today. But it fits with Tarkington’s overall style. It’s very, very difficult to like most of the people on these pages. So the ones you’d normally sort-of like, you end up really enjoying.

What makes this book work is Tarkington’s style. It’s hard to describe — highly detailed (for example, there’s so much attention paid to clothing and fashion that you’d almost think Gail Carriger had a hand in this), with a dry sense of humor, and plenty of cultural commentary. He changes his focus repeatedly: he’ll jump months or years at at time, and summarize events from those months in a paragraph or less and then cover a single evening in 15 pages, so he can highlight what matters and ignore the rest. But better than the plot (or characters), you get lines like this: “Some day the laws of glamour must be discovered, because they are so important that the world would be wiser now if Sir Isaac Newton had been hit on the head, not by an apple, but by a young lady.” How do you not keep reading for things like that?

Tarkington takes time out from the narrative to say

I assume that captures the spirit of the late 19th/early 20th Century — if you take out the word “play” and put in “film” or “show,” it does a pretty good job of capturing the spirit of the early 21st Century, too. Which is a pretty nice achievement for a piece of writing.

The book isn’t a chronicle of the changes to the American culture/economy due to industrialization, it’s a family drama. But if you pay attention to what’s going around the lovebirds, cads and gossips, you can see those changes taking place. It’s a temptation for someone to cheat a little when writing historical fiction and make characters seem smarter than they are by knowing how predictions would actually turn out, Takington’s not above falling into that. Note what Eugene Morgan, early designer of automobiles says:

“With all their speed forward [automobiles] may be a step backward in civilization–that is, in spiritual civilization. It may be that they will not add to the beauty of the world, nor to the life of men’s souls. I am not sure. But automobiles have come, and they bring a greater change in our life than most of us suspect. They are here, and almost all outward things are going to be different because of what they bring. They are going to alter war, and they are going to alter peace. I think men’s minds are going to be changed in subtle ways because of automobiles; just how, though, I could hardly guess. But you can’t have the immense outward changes that they will cause without some inward ones, and it may be that George is right, and that the spiritual alteration will be bad for us. Perhaps, ten or twenty years from now, if we can see the inward change in men by that time, I shouldn’t be able to defend the gasoline engine, but would have to agree with him that automobiles ‘had no business to be invented.’”

That was 98 years ago, think what he’d say now about the automobile’s impact on culture (he’d probably cite James Howard Kunstler’s The Geography of Nowhere).

A dull(ish) story, full of unsympathetic characters acting foolishly (on the whole), with a quaint writing style that somehow makes it all work. I can’t explain it, I’m just glad I read it. You just might feel the same way, give it a shot. 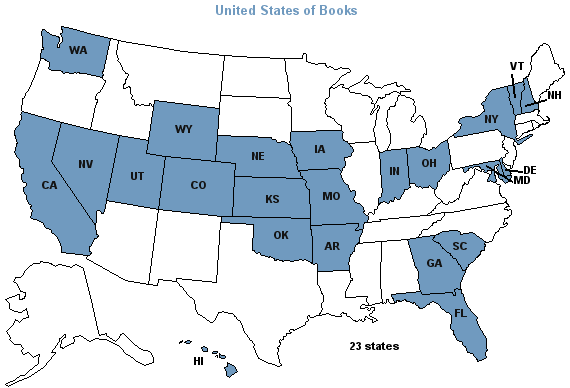