Yesterday I began a several part series about some of the “Easter Eggs” found in my  novel, The Edge of Nowhere.  Today I’d like to continue this train of thought with a few more “Nerd Nuggets” as my friend, Katherine Dell, called them yesterday (and gave me quite a giggle in the process!).  To see Part One of this series, you can use THIS LINK.

“Easter Eggs” in The Edge of Nowhere
A Silent Nod to the People & Places Important to Me
Part Two:  Will Harrison

The character of Will Harrison is intensely personal and very important to me.  He was not only the main character’s first husband, but everything about him represents my own grandfather.

Similar to Will Harrison, whose full name — William Jackson Harrison — is revealed when he marries Victoria, my own grandfather was named William Jefferson Hedrick.  It was important to me to not only use my grandfather’s first name, but to also find a way to use the remaining initials as my own “tribute” to him.

I never knew my grandfather and, to be honest, there are virtually no stories about him.  Like Will Harrison, he died of an appendicitis rupture when my father was only four, leaving my grandmother widowed with his five children from a previous marriage, their four children together, and pregnant with a fifth.  As far as I know, my grandmother only talked about him once (and that’s a story for an upcoming edition).  The only thing I knew about my grandfather when I sat down to write his character is that he was called “Will.”  So, with the license extended to all writers, I made Will Harrison’s character “the perfect husband.”

Physically, Will Harrison looks like my father in his youth.  He’s a tall man with hair the color of fresh cut wheat.  He’s quick-witted, and physically the strongest man I’ve ever known.  In terms of his personality, he’s a compilation of the men in my life.  My own father of course; but he has the intuitive abilities of my own husband, Troy, and the charisma of my all-time favorite book boyfriend, Rhett Butler from Margaret Mitchell’s Gone with the Wind. 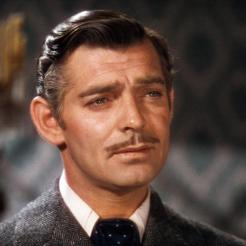 So how does this all work together?

In Chapter Sixteen, Victoria discovers that she’s pregnant with her first child.  This comes as a surprise to her, and she has a long discussion with Will about her mixed feelings.  Will is intuitive and understands Victoria better than anyone, and this shocks her.  Will has the uncanny knack of being able to help Victoria think through an issue without being abrasive or “telling” her what to think or or how to feel.  This, combined with Will’s strong sense of right and wrong (think:  his reaction to Imogene’s behavior), are aspects of Will’s personality that pays tribute to my husband, Troy.  Not only is Troy’s compass for right and wrong so strong that he would cut someone out of his life forever if the circumstances warranted; but, in our twenty-three years of marriage, Troy and I have had countless conversations similar to the one between Victoria and Will in Chapter Sixteen, and Troy just has a way of laying the information out for me so that I can  understand it better, much the same way as Will does for Victoria.  Furthermore, when Victoria realizes how he’s “led her” to her own decision, Will’s response to her is, “Of course I did.  That was my evil plan all along.”  This is a direct quote from my husband, and I’ve heard it more times than I can count.  So the character’s statement alone — not to mention the way he leads Victoria to better understanding — is a tribute to my husband.

But what about my dad?  Or Rhett Butler?

Well, Rhett Butler should be obvious to anyone who has read Gone with the Wind. Like Rhett, Will Harrison is patient and quick-witted.  Many of his mannerisms and the way he pushes Victoria for a reaction are “Rhett Butler-esque.”  You see, for most of my childhood, my favorite “book boyfriend” was Rhett Butler.  He was always in charge, forever patient, and he sure knew how to get under Scarlett’s skin.  Better than that, he loved Scarlett and it was clear in his every action.  And, in fact, it was those things that caused Scarlett — and fans, alike — to fall in love with him.  So when I thought about my “perfect man,” there was no doubt that aspects of Rhett Butler would sneak in. 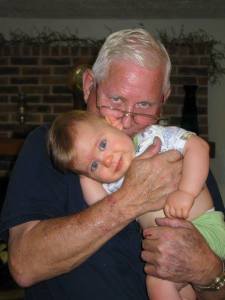 And now we get to my dad.  One of the most interesting things about my dad is his hands, which are very large and extremely powerful.  Frankly, he has the largest and strongest hands I’ve ever seen. And yet they can be gentle hands.  For some reason, as a child, I always woke my dad up instead of my mom when I was sick with a virus.  I’d wake my mom up for anything else, but I always woke my dad up when I was a sick.  I remember many times how he held my hair back away from my face as I voided my stomach into the toilet, and then the cool washrag that would follow.

Other things I remember are him braiding the pony tail my mom had given me for the day. My mom hated braids, but my dad could always be counted on to make that pony tail into a braid at a simple request.

And then I remember him holding his grandchildren as infants.  His hands were so large that it seemed to me like he could hold a newborn in just the palm of one large hand. It would be nothing for him to squash something so helpless in his firm grip, if he had a mind, but he was always gentle.  So, when I think of Will’s hands, it’s my daddy’s hands I see.  I think Victoria’s words say it all:

“I’d always thought you could tell a lot about a man by his hands and how he used them. Will’s hands were large and calloused from hard work, yet gentle as he held me or cradled one of our children. His hands on my skin soothed like silk. ”

So, while I never knew my grandfather, the character of Will Harrison is everything I hoped he would’ve been.  Secretly, I think I nailed it.

Would you like to know more about The Edge of Nowhere?  Tell me what you’re interested in knowing by leaving a comment below.  No question is off-limits, though I may have to tiptoe around questions with answers that contain spoilers.  🙂

For more information about this novel, check out the video trailer below, or view the synopsis by following THIS LINK.

The Edge of Nowhere is now available in e-book and paperback formats, and will soon be available as an audiobook. To purchase a copy of this novel, select your favorite retailer from the list below.  And Enjoy!